I’ve shot a lot of adventurous engagement sessions, but Samy and David’s rock climbing engagement in Morrison, Colorado is in a league of its own! I know Samy and David through mutual friends, and after they got engaged I was so stoked when they asked me to be their wedding photographer. While they used to live in the mountains of Colorado, they recently moved to Florida for school, but since they are having a Breckenridge wedding they wanted to do their engagement photos in Colorado as well.

In true Colorado style, they planned a day full of adventure, with an epic backcountry skiing engagement session at the top of Loveland Pass, followed by a brunch break in Denver, and ending the day with this rock climbing engagement in Morrison. I still can’t believe that days like these are part of my job as a Colorado adventure wedding photographer!

One of the challenges when planning adventurous engagement sessions is that we are at the mercy of whatever weather Colorado decides to throw at us. We started the day off with 20 degrees at the top of Loveland Pass, and we knew we’d have a miserable time rock climbing if the same cold stuck around in Morrison. Luckily it started warming up as we went out for brunch, and by the time we were ready for rock climbing it was a toasty 40 degrees with the sun coming through the clouds.

We made our way to the top of the ridgeline that runs above the old town of Morrison, and searched around for a good spot where Samy and David would be able to get down together while I needed my own spot a little ways over from them. It’s always interesting trying to set up shoots like this, where I am completely limited in my ability to move around to get different angles. But none of that really matters, when you have a couple who are having fun doing something they love together!

If you’re interested in booking a rock climbing engagement or any other epic engagement session of your own, contact me and let’s go on an adventure together! (And if you’re looking for rock climbing routes in Morrison, this is the area where we climbed.) 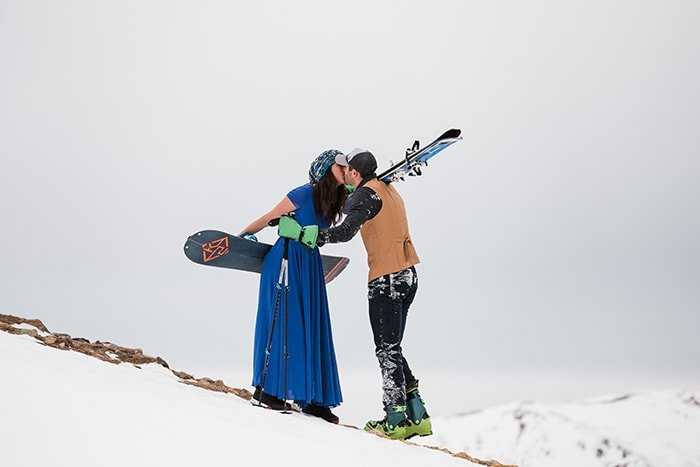 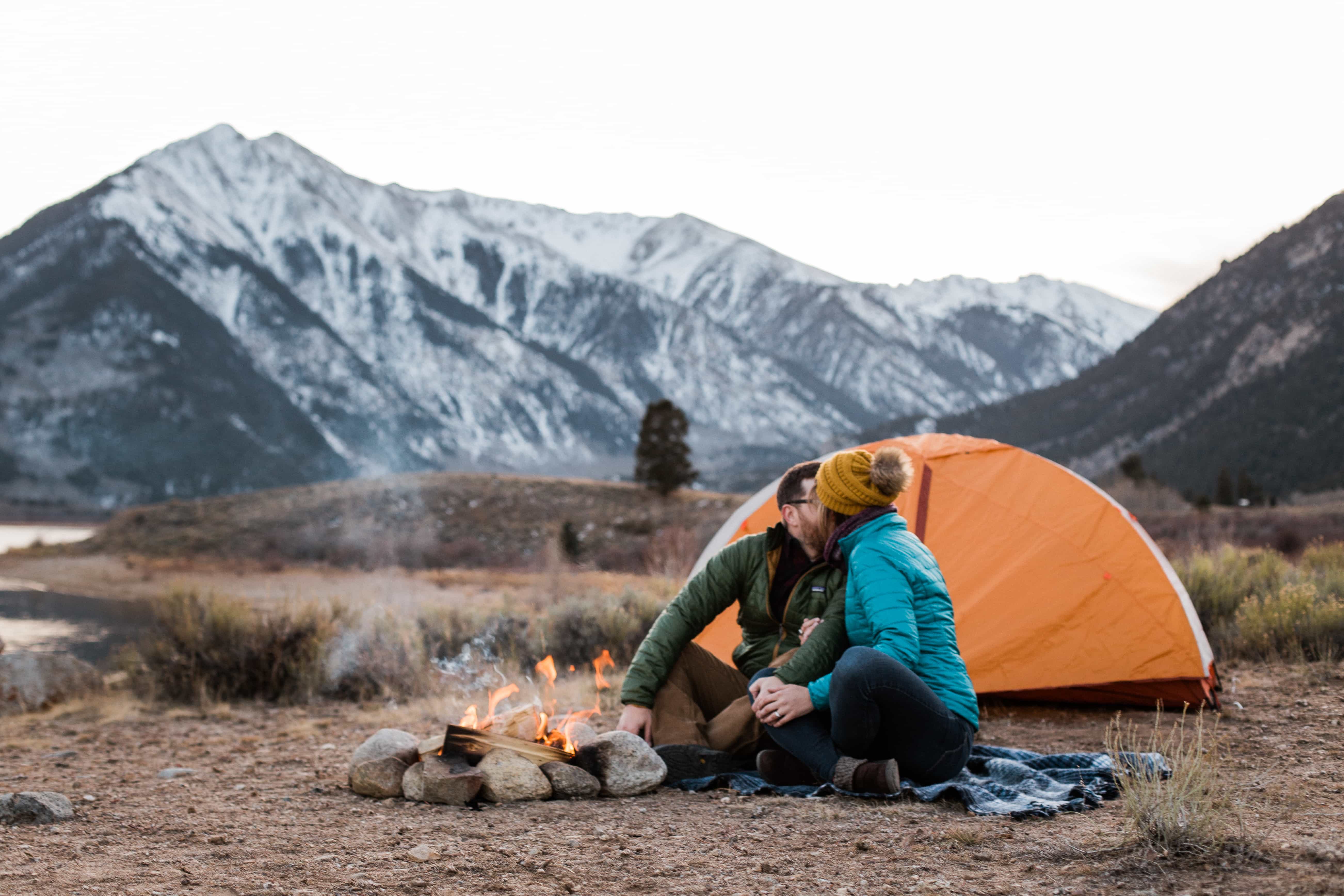